Grocery stores’ sales grow at the fastest rate in five years because of inflation. 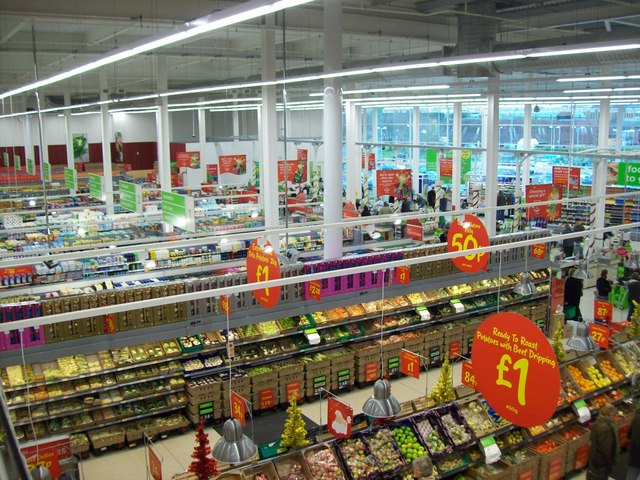 Businesses at Britain’s supermarkets rose at their fastest pace in five years this season as inflation added a further £133 onto the average household’s yearly bill.

Recent figures show that businesses grew by five percent in the UK’s grocery store in the 12 weeks to June 18, the biggest increase since March 2012. It represented a visible turnaround from the same period last year when sales were fell by 0.2 percent.

According to the research from Kantar Worldpanel, among the ‘Big Four’ grocery stores, Morrisons recorded the strongest sales production with a growth of 3.7 percent.

In comparison, sales at Tesco grew by 3.5 percent, their biggest growth since April 2012. Sainsbury’s and Asda sales rose by 3.1% and 2.2% respectively.

“The market’s robust performance this period is partly down to particularly weak sales growth last year and a continuing increase in like-for-like grocery inflation, which is now running at 3.2%.”

“At this rate, that’s an extra £133 on the average household’s annual shopping bill or the equivalent of seven additional shopping trips a year.”

The goods that are most affected by the inflation are butter and fish. Butter is now 20% more expensive than the past year. Additionally, fresh and tinned fish are now 14% more costly.

The market has also benefitted from the current hot weather, with sales of ice cream and cider up 12% and 16% respectively. The data did not include last week’s heatwave.

It comes as another study from the Confederation of British Industry (CBI) revealed that sales picked up for retailers in the year to June, with grocers performing particularly well.

Kantar Worldpanel’s figures also showed that Lidl overtook Aldi as the UK’s fastest growing grocery store for the first time since March, with sales growth of 18.8% edging it ahead of Aldi’s growth of 18.7%.

Overall, Tesco continues to hold the biggest share of the grocery business, with 27.8%. However, all of the ‘big four’ have lost market share in the last year as Aldi and Lidl maintain their growth.

Another data from Nielsen UK discovered that the hot weather has helped boost soft drinks sales by 9.1%, alcohol by 6.8% and hand-held ice creams by 24%. There was also a 35% spike in gin sales, notably due to Father’s Day.

Asian Stocks Set to Rise Despite Softed US Lead